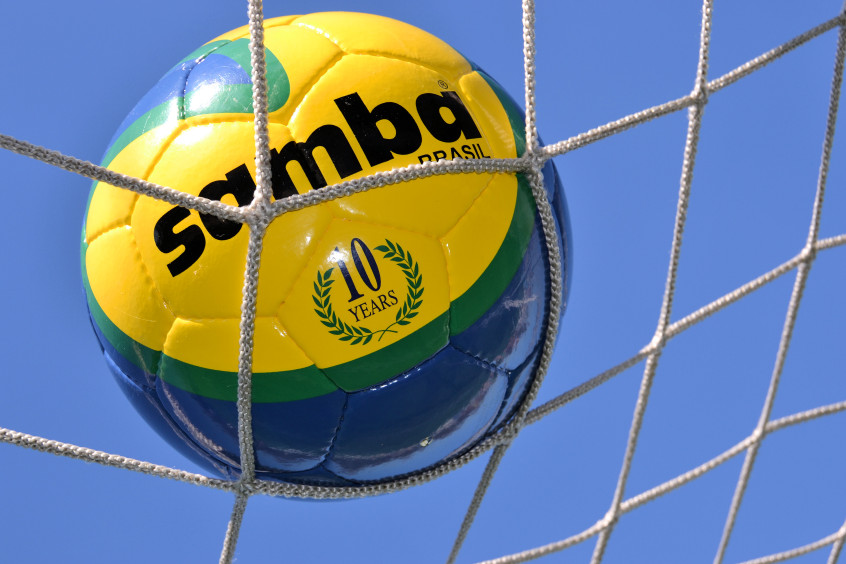 The SAMBA Cup is of course played with a SAMBA ball, or to be more precise, the SAMBA Brasil. The ‘regular’ Samba Brasil is white and grey, however for the duration of the SAMBA Cup a special limited edition called the ’10th anniversary Brasil’, will be used. This ball is specially made for SAMBA’s tenth anniversary and adorned in the Brazilian team colours; yellow, green and blue. It is a real collector’s item!
The ball has a micro glossy polyurethane cover reinforced with SAMBA’s exclusive ‘Total Control Lining System’ for great flexibility, superb touch and feel, and high speed for an overall professional performance. It’s a real star of the SAMBA product line!